Nepal and the Kingdom of Eswatini entered into the formal diplomatic ties today. It marks the establishment of bilateral diplomatic relations of Nepal with 166 countries around the world.

The Permanent Representatives of Nepal and Eswatini to the United Nations, Ambassadors Mr. Amrit Bahadur Rai and Mr. Melusi Martin Masukurespectively, signed aJoint Communiqué to this effect in New York this morning, together with a joint letter informing the United Nations Secretary-General about this development.

On the occasion, the two Ambassadors acknowledged that Nepal and Eswatini are already working closely at the United Nations and other multilateral forums. They also shared views on widening and deepening bilateral cooperation between the two countries in the days ahead. Both Nepal and Eswatini are fellow members of the group of Landlocked Developing Countries, the Non-Aligned Movement and the G77 and China.

Located in southern Africa with a population of about 1.3 million, Eswatini is bordered with Mozambique to its northeast and South Africa to its north, west and south. Having more than $4000 per capital income, Eswatini’s economy is diverse, with agriculture, forestry and mining accounting for about 13%, manufacturing representing 37% and service industry constituting 50% of GDP.

Following its independence from the United Kingdom in 1968, Eswatini joined the United Nations in the same year. The erstwhile Swaziland declared its new name to be Eswatini in April 2018. 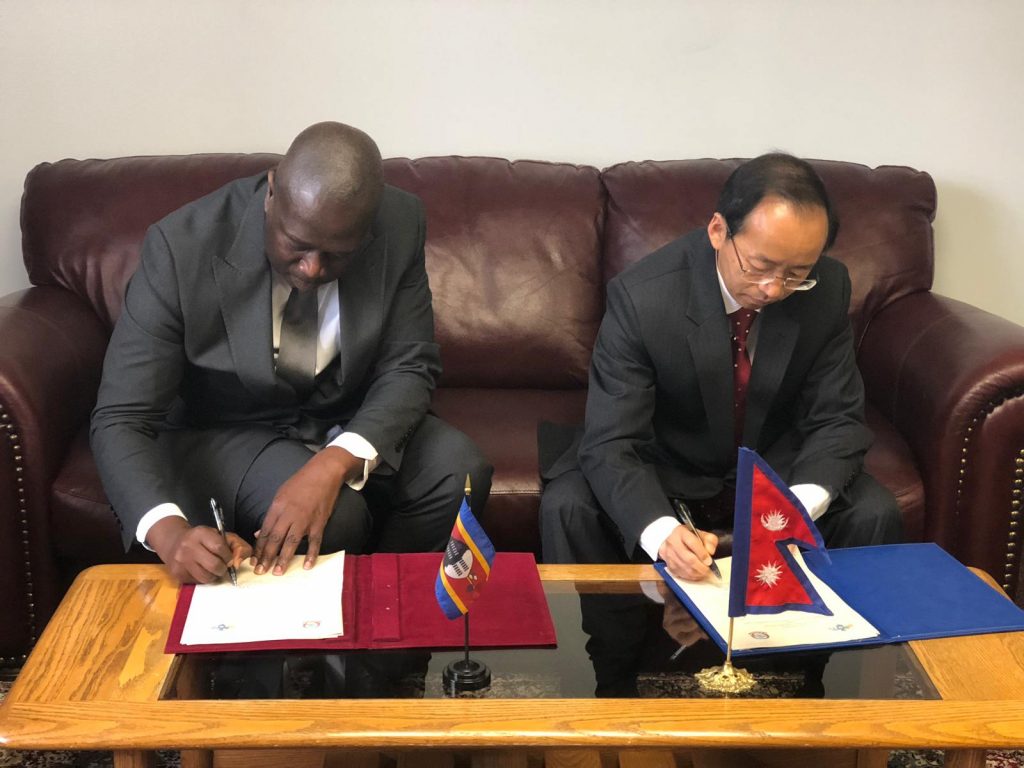 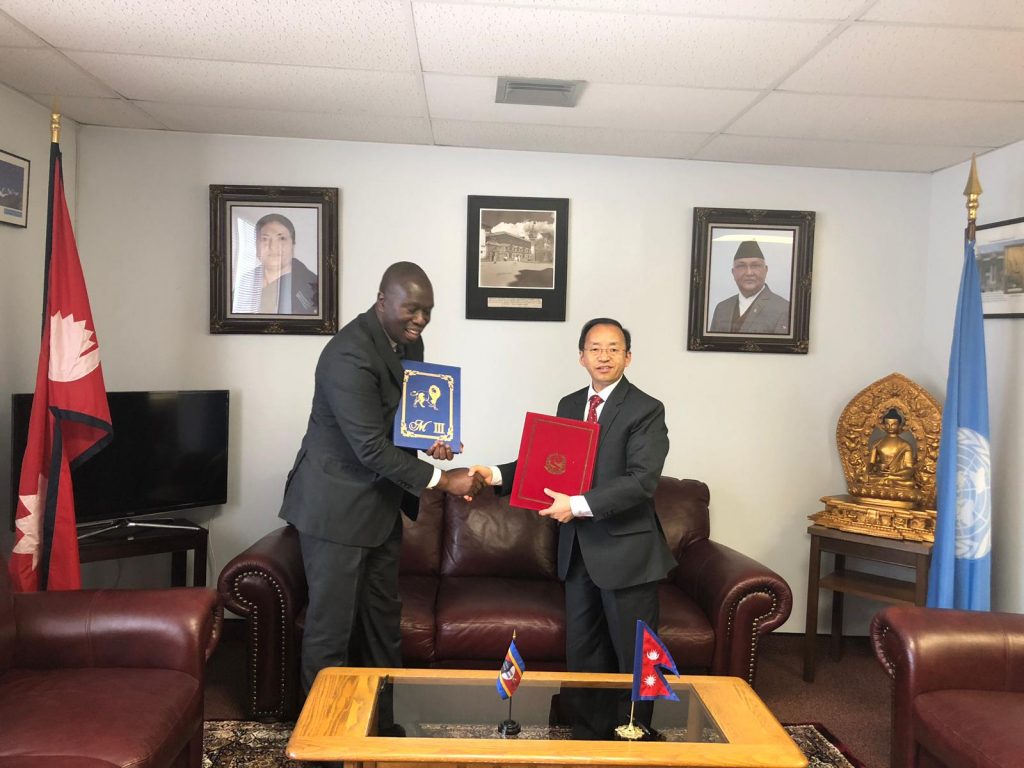