The Right Honourable President Mrs. Bidya Devi Bhandari participated this morning in the High-Level event on ‘Women in Power’ organized by the President of General Assembly (PGA) during the 63rd session of the Commission of the Status of Women (CSW-63). Speaking in the first among three high-level roundtables entitled ‘How Women Leaders Change the World’, the Rt. Hon. President shared with the General Assembly Nepal’s initiatives, achievements and lessons learned in the field of gender equality.

The President highlighted that the constitutional and legal arrangements have increased participation of women in leadership positions in Nepal. She also shared the inspiring experience of her journey from a grass-root woman activist in a remote village to the first President of Nepal after the promulgation of the new Constitution.

In the global context,the President stressed that ‘discrimination against women is a social construct, not a natural condition’. She underscored the need to guarantee women’s rights in constitutions and laws, adding that participation on governance structures is essential to bring impact on socio-economic sectors.

Other speakers sharing their perspectives at the round table together with the Rt. Hon. President were the Presidents of Lithuania and Trinidad and Tobago; Vice-President of Colombia; and High Representative of the Union for Foreign Affairs and Security Policy of the European Union.

Also in the morning, the President held a meeting with H.E. António Guterres, the Secretary-General of the United Nations at his office. During the meeting, the two sides exchanged views on various issues, including multilateralism, Climate Change, SDGs, peacekeeping, and post-earthquake reconstruction. The President appreciated the Secretary-General for his reform agenda across all three pillars of UN in general and for maintaining gender parity in all UN bodies, in particular. The Secretary-General recalled his first visit to Nepal in 1978,and appreciated Nepal for playing an active role at the UN, including through contributions in peacekeeping.

In the afternoon, the President met with H.E. María Fernanda Espinosa Garcés, the PGA, and appreciated her for taking leadership on important issues, including through organizing the event, ‘Women in Power’. The PGA thanked the President for her presence and for sharing enlightening experience.

The Rt. Hon. President also met with H.E. Mary Robinson, the president of The Elders and the former President of Ireland. During the meeting, the two leaders shared their views on climate justice, women empowerment and leadership, among others.

The Rt. Hon. President attended a dinner hosted in her honour by Ambassador Amrit Bahadur Rai, Permanent Representative of Nepal to the United Nations at his official residence. Earlier today, the Rt. Hon. President attended a high-level luncheon with ‘Young Women Leaders’ jointly hosted by the PGA and the Permanent Mission of Qatar to the United Nations. 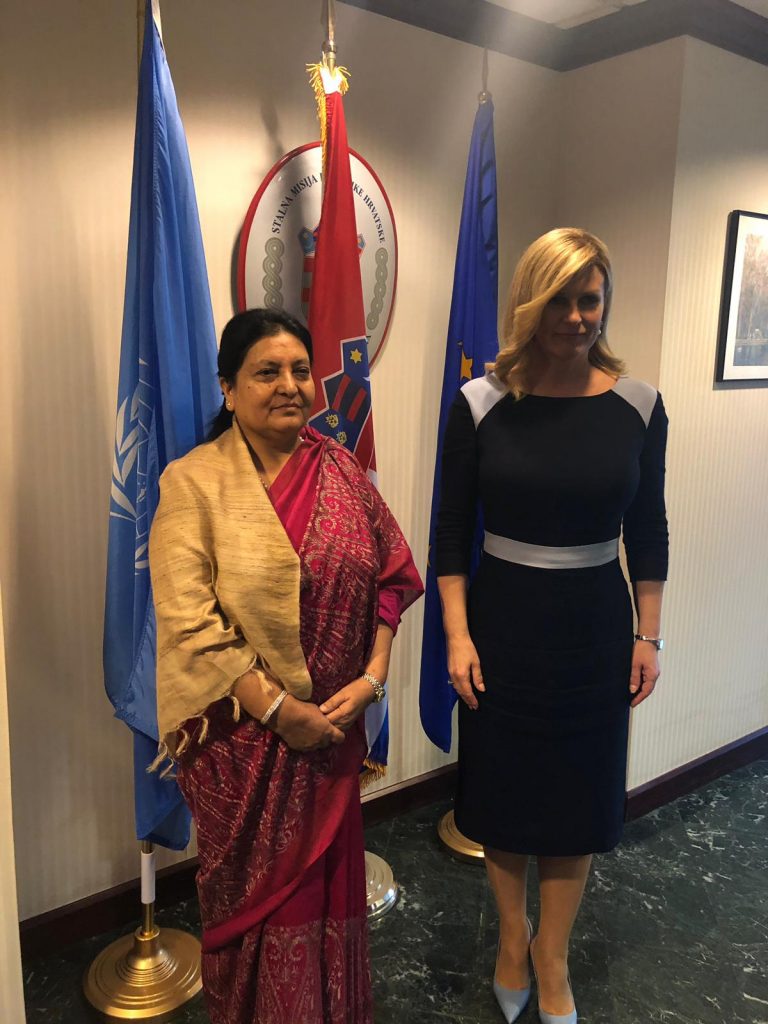 President with the Croatian counterpart 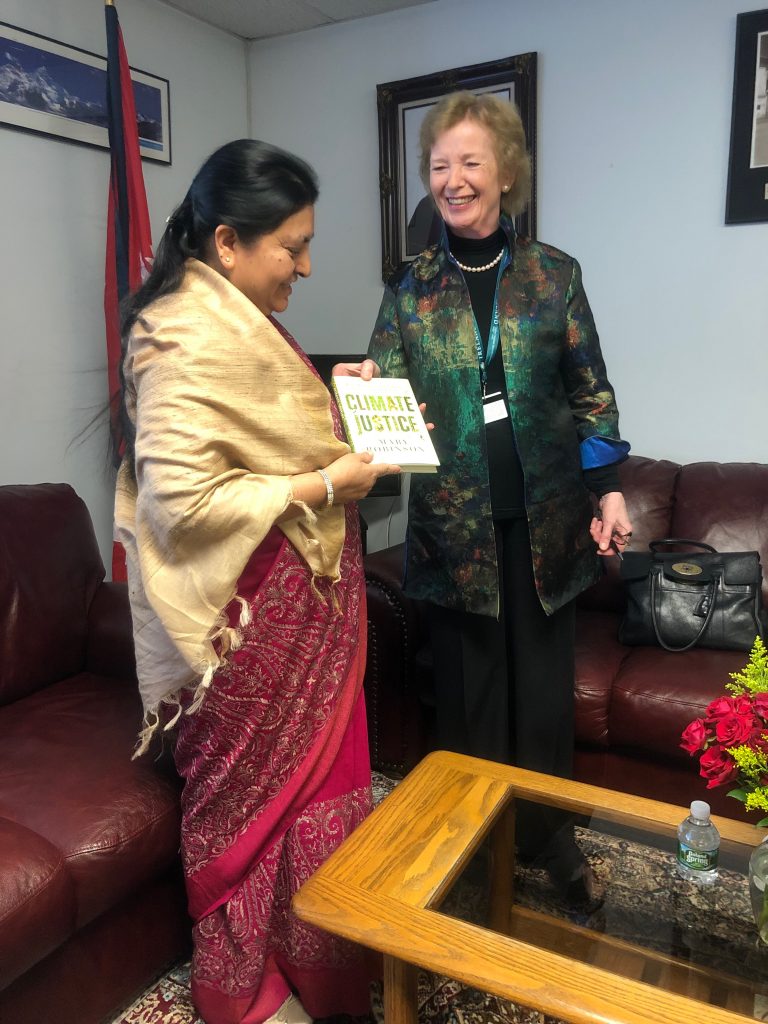 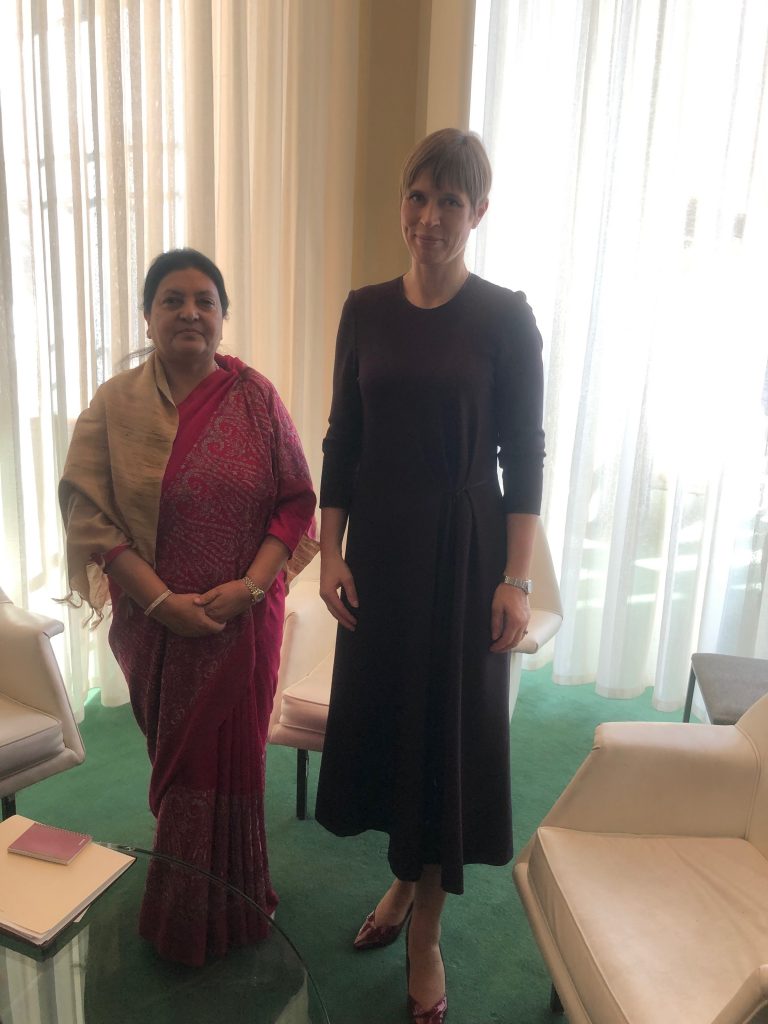 President with the Estonian President 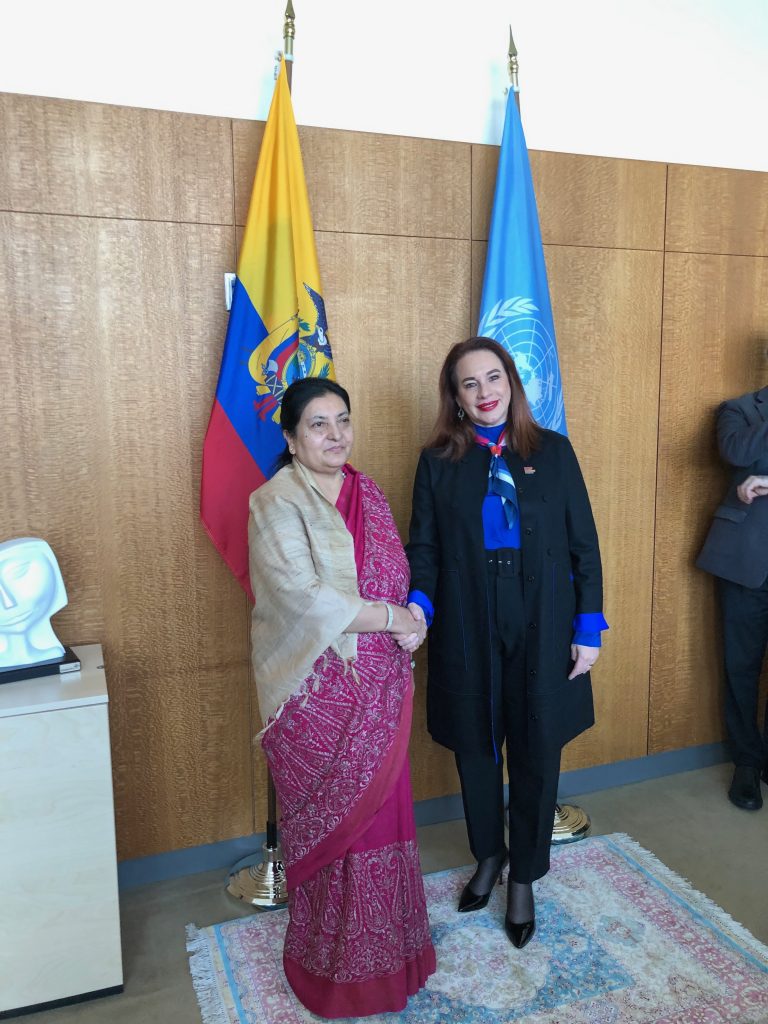 President and President of General Assembly 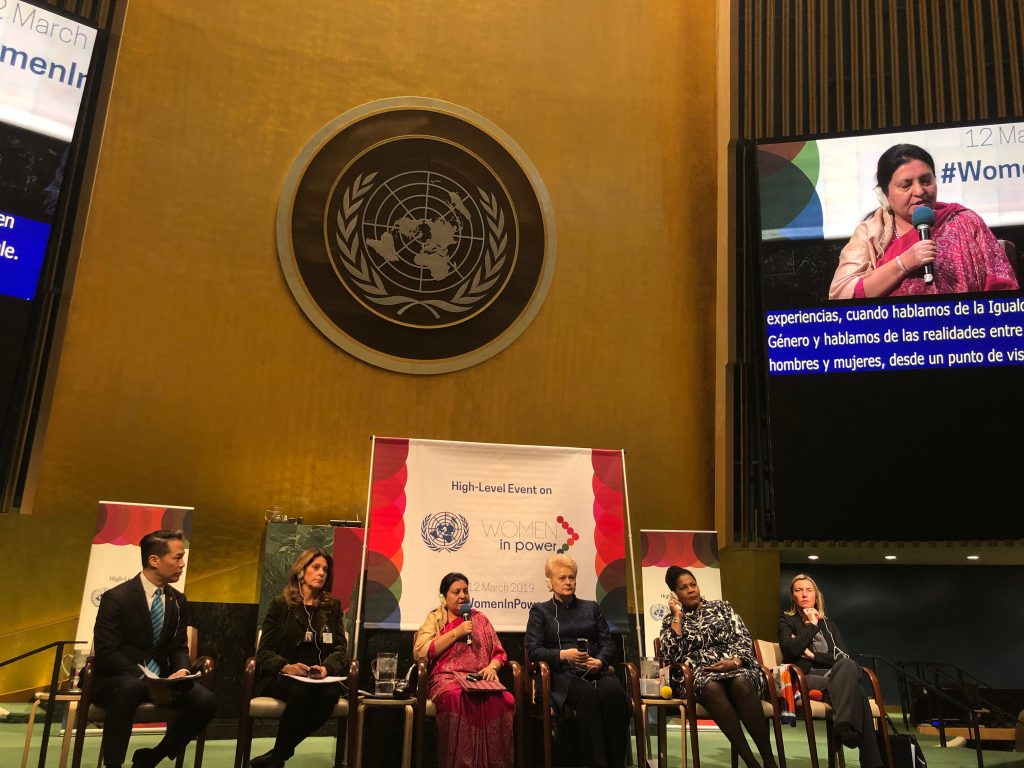 President speaking in the event