Deputy Prime Minister and Minister of Defence Hon. Mr. Ishwar Pokhrel addressed the ‘UN Peacekeeping Ministerial Conference on Uniformed Capabilities, Performance and Protection’ as the leader of Nepali delegation at the UN Headquarters in New York this morning.

Highlighting Nepal’s 61 years of partnership with the UN on peacekeeping operations, he reiterated Nepal’s commitment to contributing up to 10,000 troops upon request of the United Nations.

He underscored that Nepal had already met the UN targets with regard to the participation of female peacekeepers as Staff Officers, Military Observers and Individual Police Officers. He alsocalled for more representation from troops and police contributing countries at the senior-level leadership positions, both at the UN Headquarters and in the field missions.

Hon. Mr. Pokhrel attended a luncheon reception hosted by the UN Secretary-General in honour of the visiting ministers and heads of delegation participating in the Conference. Later in the evening, he attended a dinner reception hosted in his honour by Ambassador/Permanent Representative H.E. Amrit Bahadur Rai at the latter’s official residence.

Nepali delegation participating in the Conference also included Ambassador/ Permanent Representative Rai and officials from Ministry of Foreign Affairs, Nepal Army as well as the Permanent Mission of Nepal to the UN. 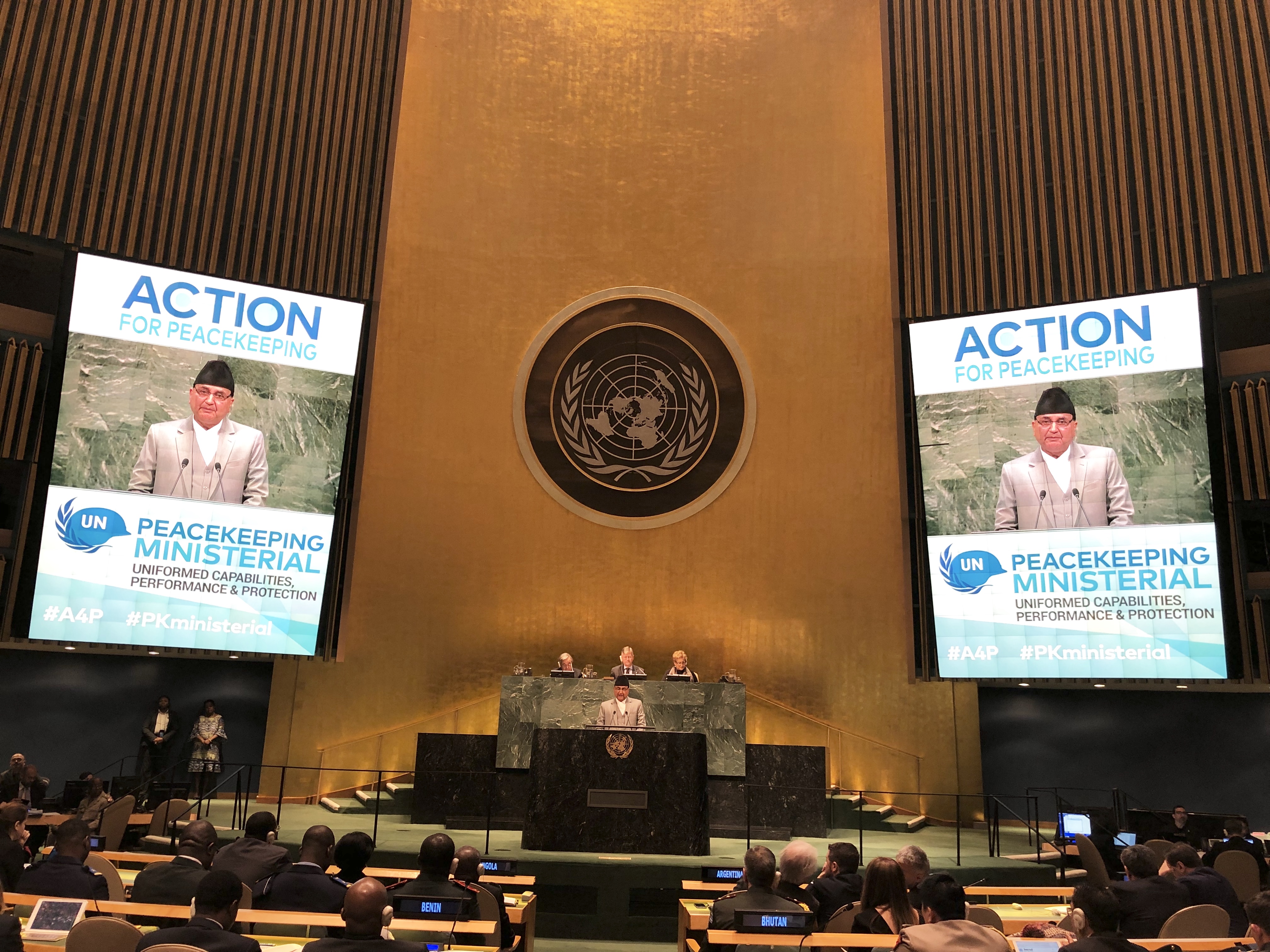