Celebration of the ‘Day of Vesak’ (Buddha Purnima)

The International Day of Vesak (Buddha Purnima) was celebrated at the United Nations Headquarters in New York today by organizing a special commemorative event.

The speakers also shared their confidence that the Buddhist ideals would be useful towards addressing the pressing problems and issues facing the humanity today, from conflict to terrorism and from climate change to sustainable development.

H.E. Amrit Bahadur Rai, Ambassador/Permanent Representative of Nepal to the United Nations stated that the celebration of Buddha Purnimawas important to promote peace, non-violence, compassion, universal brotherhood, and welfare not only of humanity but also of all sentient beings on earth. He also highlighted the importance of reviving the International Committee for the Development of Lumbini, which has remained dormant for several years, to spread the message of Buddha including through conserving and developing this holy place.

The event began with an observance of the Five Precepts in the Theravada tradition and Invocation of Blessings in the Mahayana tradition. The event also contained sermons by monks and musical interludes.

The celebrations commenced in the morning today with a daan (offering of food) ceremony which was attended by the Buddhist monks from various countries. Nepal offered Nepali delicacies to the monks.

Following the adoption of the General Assembly resolution (A/RES/54/115) in 2000, of which Nepal was a leading cosponsor, the Vesak Day event is being organized at the UN Headquarters every year with Nepal among principal organizers. The event this year was co-hosted by Sri Lanka and Thailand. 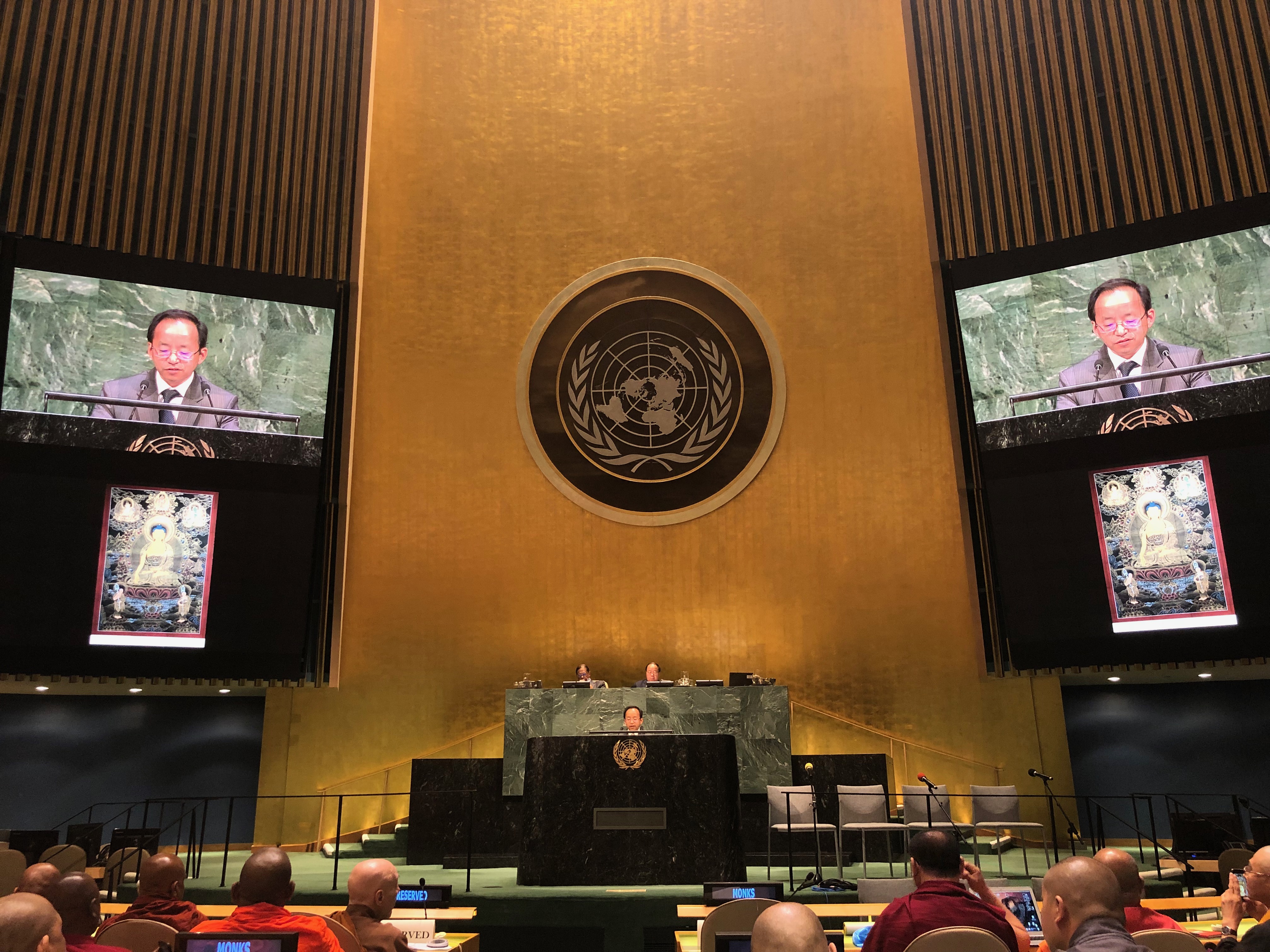 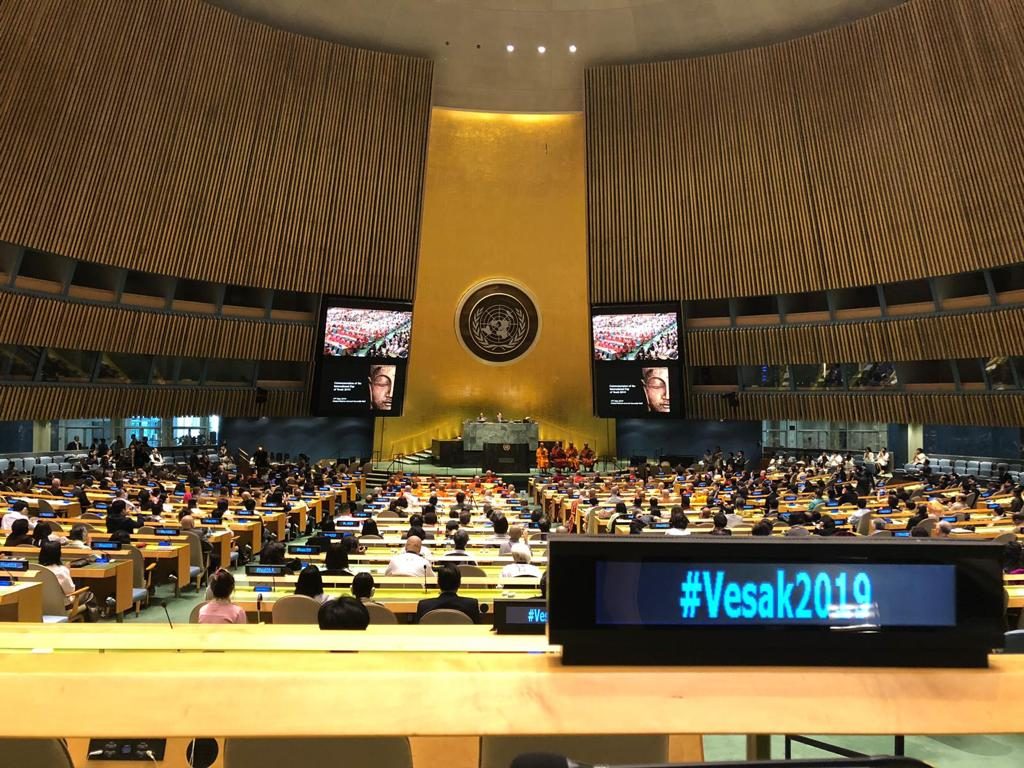