Deputy Prime Minister and Minister of Defense Hon. Mr. Ishwar Pokhrel met with the UN Secretary-General, Mr. António Guterres at the latter’s office this afternoon. During the meeting, Hon. Pokhrel commended the efforts of the Secretary-General to further strengthen the spirit of multilateralism in tackling the global challenges. While extending Nepal’s continued support to the Secretary endeavours towards UN reforms, Hon Pokhrel also expressed his confidence that the reform initiatives of the Secretary-General would enhance the efficiency and effectiveness of the UN system.

Highlighting long-held partnership of over 61 years between Nepal and the United Nations in peacekeeping, Hon. Pokhrel conveyed Nepal’s readiness to contribute its troops and police personnel as well as qualified senior officials at the leadership positions of the UN peace operations. He also underlined the peaceful transformation of Nepal with the success of home-grown peace process and thanked the UN for their support.

Mr. Guterres thanked Nepal for being a reliable partner of the UN in its efforts to maintaining international peace and security. He appreciated Nepal’s role in both traditional as well as in multi-dimensional UN peace operations. The Secretary-General congratulated Nepal on its political transformation towards a vibrant democracy.

During the meeting, Hon. Pokhrel was accompanied by H.E. Mr. Amrit Bahadur Rai, Permanent Representative of Nepal to the United Nations, and other members of the visiting delegation, as well as the officials of the Permanent Mission of Nepal. The Secretary-General Mr. Guterres was accompanied by the UN Military Adviser Lieutenant-General Carlos Humberto Loitey and other high officials of the UN.
The Hon. Deputy Prime Minister is scheduled to attend the “2019 United Nations Peacekeeping Ministerial on Uniformed Capabilities, Performance and Protection” to be held at the United Nations Headquarters tomorrow. 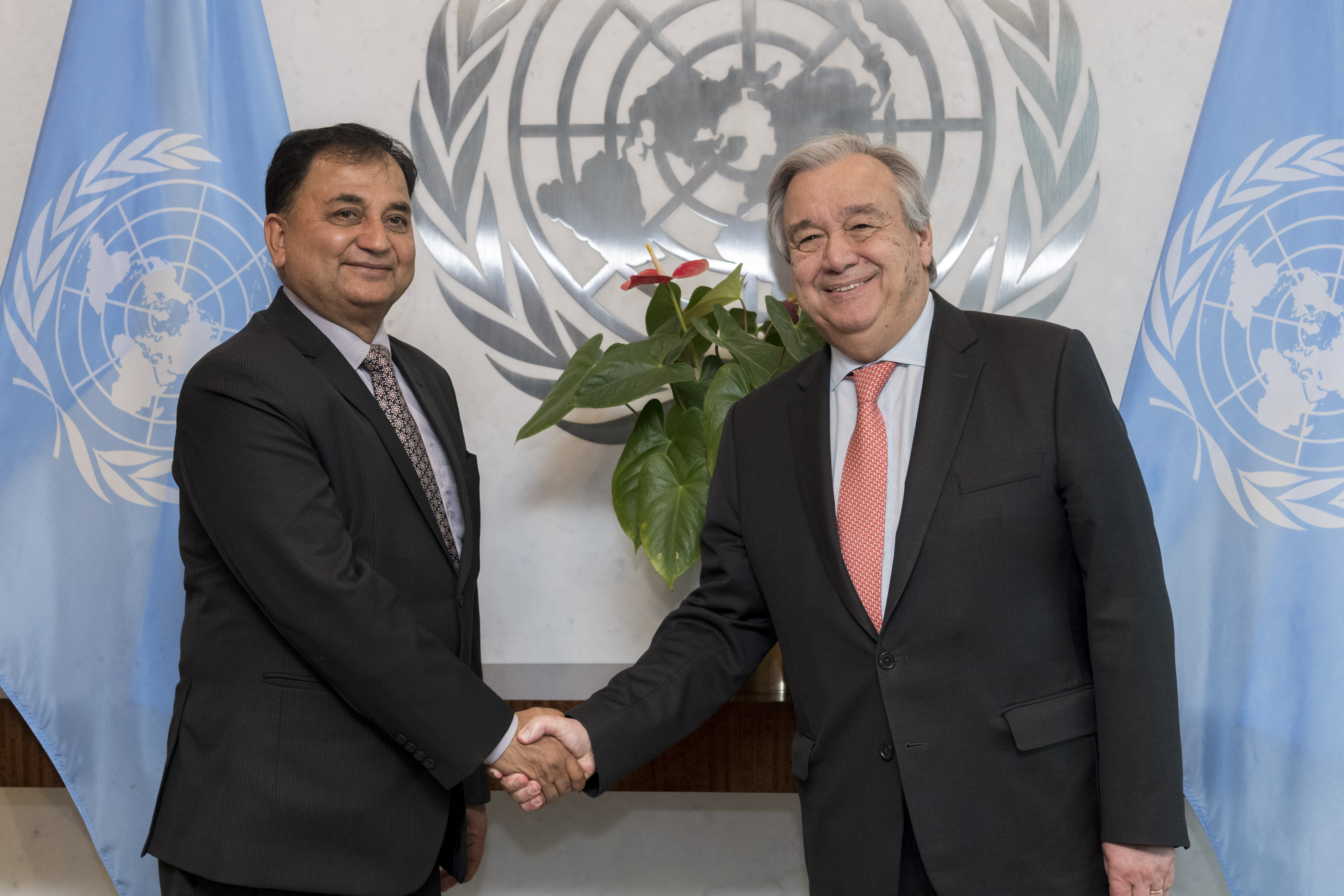